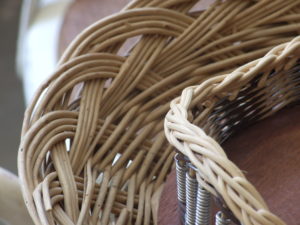 Cotton is the most used in the world, with 25 million tonnes produced every year. Cotton fiber adheres to the cottonseed, then, before being used, it is separated from it and cleaned to remove impurities. The fibers are then compresses, forming the cotton we use every day.

Linen has been grown for millenia, and the Egyptians used it as strips to envelop mummies. Linen fabrics, smooth, are now used in the confection of clothes. You must wait for three months after planting for harvest, then the fibrous parts of the plant are separated, forming fabrics.

Wool is a very flexible, sheep-produced fiber. After the shearing, the wool is spun, and you get threads used for woolen fabrics. 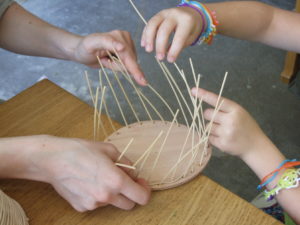 Silk is produced by a silkworm called Bombyx mori, which eats blackberry bushes as a caterpillar. It then secretes a protein that becomes solid when in contact with air, and a thread made of two strands is formed. Another secretion, sericin, unites the two strands together, forming the cocoon. Then, you takes the very thin threads to make silk.

Palm tree leaves produce fibers, once dried and cut in strips. They are used in some coutries, especially in South America, to be weaved, for instance to make hats.

Rattan is a climbing vine produced by a tree from the palm species. It grows in tropical and marshy regions and is very flexible and resistant. It grows quickly, and, unlike bamboo, for instance, rattan is a full material that retains elasticity. It is very used in basketry.